Douglas Ward has played the piano accordion for over 50 years (for 17 years professionally.) In his youth he participated in and either won or came runer up in many accordion competitions in the UK.

The instrument has taken him literally around the world, first as a small group leader aboard the large ocean liners Queen Elizabeth, Queen Mary and Queen Elizabeth 2 (QE2), all now retired from the trans-Atlantic crossing service.

He has been deeply involved in accordion activities in England as a teacher, adjudicator, and composer He also introduced the convertor free bass instrument to the UK in the early 1960s.

One one transatlantic crossing, Charles Hansen, a passenger in First Class, listened to his trio every day during a lunchtime cocktail set. He liked what he heard, and asked if he would like to work for him as an arranger music transcriber. Douglas told him he would like a change, but didn’t think anything would come of the offer. His contract with Geraldo and Cunard was due to end in December that year.  However, in November 1966 Charles Hansen (Chas. H. Hansen Publications) sent Douglas an Eastern Airlines ticket from London to Miami (Hansen Publications headquarters). He told his agent (Geraldo) and Cunard that he would take a break for a few months.

In December 1966, Douglas duly flew to Miami, and was met at the airport by Isabel Hansen (one of Charles Hansen’ two daughters – the other was Susan, plus one son) in the family’s Rolls Royce. He stayed at the home of Charles Hansen on North Collins Avenue in Miami Beach, and was introduced to various people working at the company headquarters. Three weeks later he was sent to New York to work in the office there.

In New York (the company had an apartment on 86th and York Avenue, in the area then known as Germantown), he was introduced to John Brimhall (well-known music educator and creator of numerous education books for piano), who was in charge of the office on Fifth Avenue, across the street from the Korvettes department store at 47th Street. Douglas said: “From the office, it was easy to walk down a few steps to the ground floor of the building to get a cup of coffee at Chock Full o’ Nuts for 10 cents”!

Chas. H. Hansen Publications also published gospel music, educational material for high school marching bands, and had a jazz division that published the music of Dave Brubeck and others.

His job: arranger/transcriber, working under the guidance of John Lawrence Bannister. Various lawyers would come to the office and present a soon to be released record, Douglas would listen to the demo, then write down the “lead” lines, words, work out the chords, and add the appropriate guitar symbols’.

In the office were five women with heavy, clunking music typewriters with extra-wide carriages (made by the Music Printer Corporation of Boulder, Colorado). The women laboriously typed in every single note, musical notation, dynamic marking, vocal lines and anything else that the transcription artist would write. The completed music was then sent to Miami, where it was produced as printed sheet music, typically for release on the same day as the record itself.

Records he worked on as the transcription artist included The Beatles’ Strawberry Fields Forever (it took him a while to complete, because four flutes at the beginning of the track were not in tune – they had been played on an instrument called the Mellotron), Penny Lane, and so on. The only music that remains with Douglas’s name on it is an album called “20 All-Time Hit Paraders” (one of a series of sheet music albums that sold well). Two signatures on the back inside back cover were co-producers John Lawrence Bannister and Douglas Alfred Ward.

Some Beatles music (copyright as MacLen Music in the USA, and Northern Songs in the UK) was sometimes issued under Hansen’s Keys Pops or Music Mates brand). Some albums (example: Revolver) showed a tag line in capital letters, directly under the title, which stated: “AN AUTHENTIC, OFF-THE-RECORD ARRANGEMENT”.

Chas. Hansen Music Corporation also owned 24 music stores, one of which was located in Manhattan on 7th Avenue at about 50th Street. The company was wound up on 24 December 1991.

During his time in the USA, he also wrote the History of the Accordion for  Contemporary Keyboard magazine (much of this article is featured on the Accordions Worldwide website).

He has adjucated at the UK’ s National Accordion Organization’s Accordion Day for many years. He moved to the United States again in the late 1970s, where he lived for over 20 years. During that time, he adjudicated at accordion competitions including the annual National Accordion Championships held by the American Accordionist Association (AAA). In 1968, together with Faithe Deffner, he organized the first Floating Accordion Festival aboard the ocean liner Galileo, when more than 600 accordionists took part in a 6-day festival cruise from New York to Bermuda and back to New York. He also taught at the Acme Accordion School, operated by the respected contemporary accordionist and educator (the late) Stanley Darrow.

He has written over  80 compositions for the instrument, varying from elementary solos and duets to virtuostic works (his virtuoso composition Fantasia Bréve has been played at state and national competition levels in the USA).

He now lives in Hampshire in England, and enjoys composing for the instrument, and adjudicating. Douglas Ward is a member of the Performing Rights Society (PRS), and all compositions have ISMN bar codes for identification. 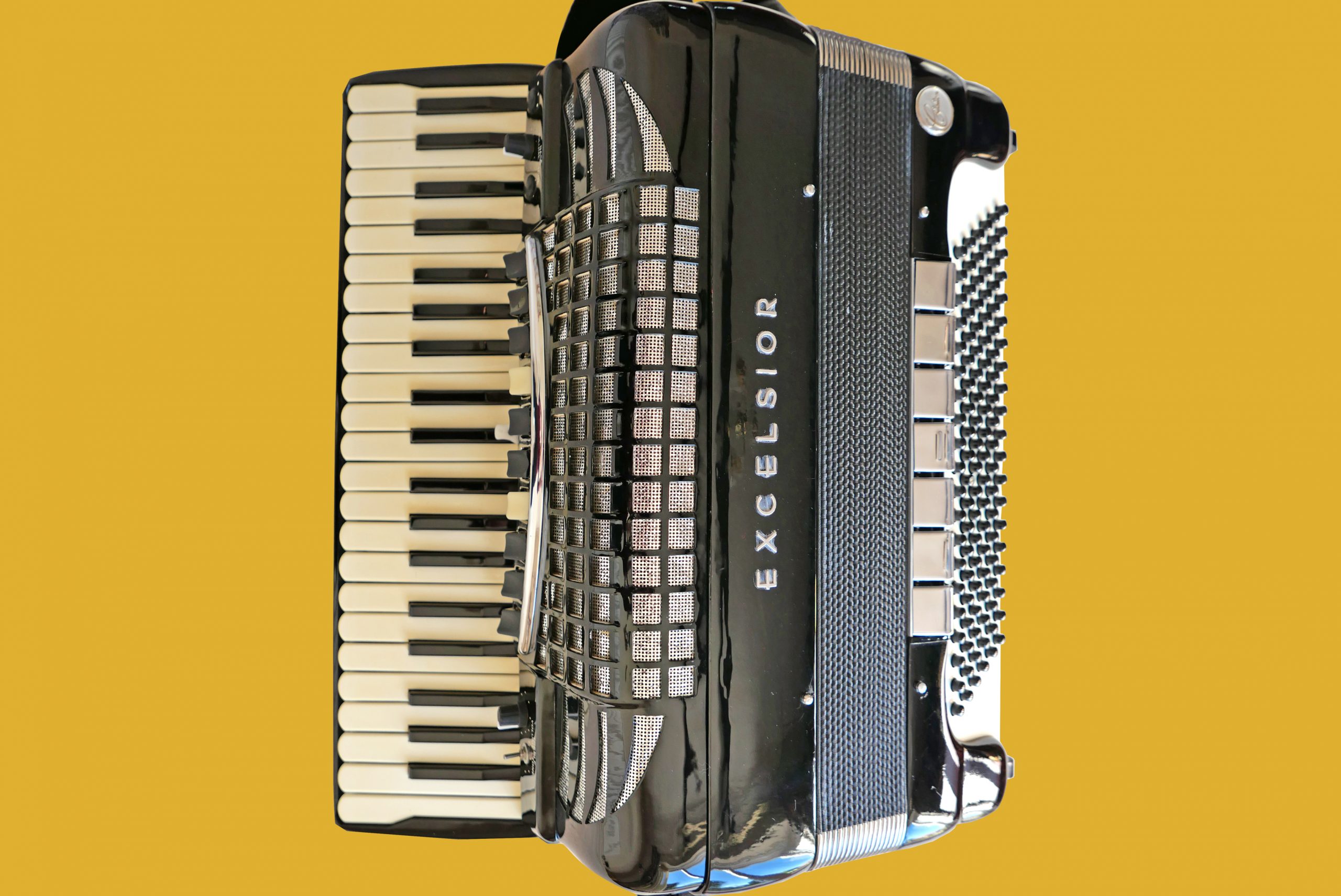 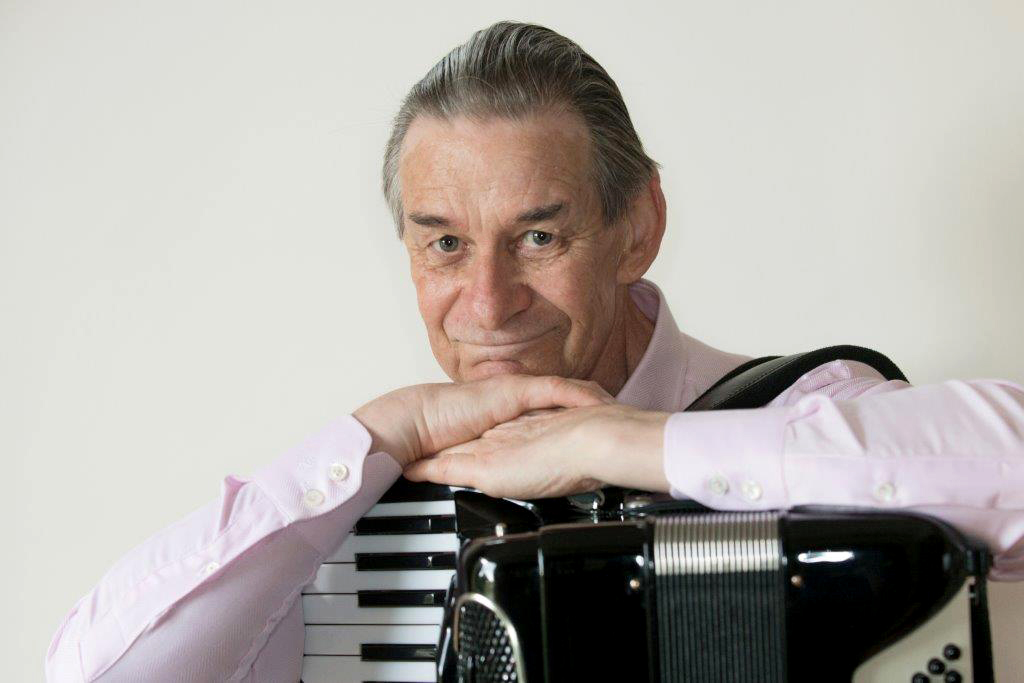